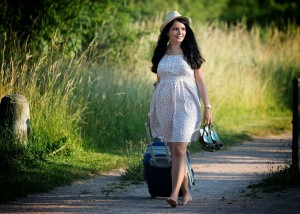 Once upon a time; let’s call it, “The Beginning”, there was this guy.  The writer calls Him God.  The writer never really explains where God came from.  The writer says He was always there.  WOW.  Something we don’t understand already.  Okay.  So we have this guy God who already existed in the beginning.  Cool!  Now, on with the story.

In the beginning … our beginning … God decided to do something else that we don’t totally understand and sometimes try to explain away.  He Created.  The writer describes activities that only a True Creator can do.  He spoke and things we don’t understand happened.  Now, let me tell you something.  If the guy who existed before the beginning speaks, I’m thinking it would be wise to listen.  Don’t you?

What did He say?

God decided to create people who He would love and who could choose to love Him in return.  We get a glimpse of some of His thoughts when the writer describes what God said.  One of the things He said is, “Let Us Make Man In Our Own Image.”  Cool.  Something else we don’t fully understand.  How can One God Talk about Us, In The Beginning?  Well, the writer describes this some, but still leaves us with a little uncertainty, because, GUESS WHAT!  We’re not God.  If we were, we wouldn’t be here reviewing this story.

God the True Creator, Created.  But He couldn’t (at least He decided not to) create just spirit babies who would float round in the nether world.  He created real physical space in which His Creation would live and move and interact.

The writer says, everything was created perfectly.  At first, God created a whole bunch of animals and the place for them to live, we’ll call it Earth.  He created a man, Adam different from the animals and gave him the assignment to care for the animals and to manage the Earth.  But there was a problem.  For all of the animals, God created mates.  Male and Female.  But He chose to create Adam alone…..and He said, “It is not good for man to be alone.”  Before God did another miracle of creation, he made Adam feel, alone.  Adam needed to understand that he needed to be with someone.  So God used Adam to create Eve.  Don’t believe it?  The writer says so.  WOW.  Adam saw this girl and was immediately taken.  “She will be called woman, because she was taken out of the man.”

There are lots of details and techniques that God used to help the people He created understand how important it is to have a close relationship with Him.  One thing is very clear.  The writer made sure we understand that God, the True Creator never wanted puppets.  He wanted a true give and take relationship with the ones He created.

There are a couple of ways He displays this fact.  First, the writer tells another part of the story.  We’ll call it The Backstory.  While God created a couple of people, the writer says he also created at some other time, a very large number of spirit beings.  The writer calls them angels.  Yes.  Angels.  God didn’t want these “guys” to be puppets either.  They’re not the same as people.  Still, He decided when He Created them to give them the choice to either serve Him, or to do their own thing.

Why would He DO that?  It’s something I don’t understand, but it is clear that God wants a relationship with people who CHOOSE to do what He says.  Who CHOOSE to relate with Him.

The writer describes how the angel in highest position, right next to God decided that he would overthrow God and take His place.  Apparently, the thought appeared out of the blue one day.  Lucifer The Star of the Morning decided NOT to do what God wanted.  God doesn’t want puppets.  Even the angels were given the choice to follow and obey God or to do their own thing.

The writer says Lucifer, The Star of The Morning got one-third of the angels to agree with him and revolt against God.  They started a war in the heavens to take over the throne.  When Lucifer and his legion of angels rebelled, they were thrown out of heaven.  The place we refer to as Hell was established as their destination.  Eventually.  Meanwhile, Lucifer and his legion turned to the task of overthrowing God.

“You Can Be God” is the lie that Lucifer used to deceive Eve into doing what God and Adam told her never to do.  Lucifer has used the same lie ever since to make people eager to join his cause.  You see, if you and I are trying to be God, we aren’t doing what we were created to do or being who we were created to be.  Let me explain what that is.

The writer says everything God created was perfect at first.  Nothing had a single flaw.  Imagine that!  But when Eve chose to do what Lucifer told her to do, it caused a separation between God and Eve.  The perfection that God created now contained a flaw.  The writer says that God requires perfection in His relationships.  When Eve chose to follow Lucifer’s advice and “Be Like God”, she broke the relationship she already had with God.  It turns out that Adam was given a new choice.  Choose to do what God required, not knowing how that would affect Eve, or, do the same thing as Eve, and live with the consequences.  It turns out he didn’t know for sure what God would do in either case.  At least, the writer doesn’t tell us about that.  The consequences of their decisions will continue until the end of time.

The writer goes into a lot of stories that describe many of the tactics God used to deal with people.  Let me describe the strategy for you.

The writer is telling The Story of Belonging.  Many people get distracted by the tactics and argue about whether any of it really happened the way the writer said.  I always ask you to consider very seriously, “What if it’s true?”

One of the fundamental needs of all people is not just to fit in, but to truly belong.  To be at home, at rest, at peace and to feel safe and secure.  Belonging is a state of being.  Anyone who does not feel loved and accepted will try to at least fit in and in many cases will do anything to find some place to fit. The writer says in the beginning, Adam and Eve belonged.  They were safe in a perfect place with a perfect connection to God they were created to enjoy.

Why does it matter?  The writer says that before Eve decided to do what Lucifer said that there was no shame in the world.  Remember that guilt comes from doing something bad or wrong.  Shame comes from being something bad, wrong or broken.  When Eve did what Lucifer told her to do, she brought shame into the world, because at that moment, Eve was broken.  The perfect relationship with God she was designed for no longer existed.  The writer says Eve did her own thing trading the sure thing, the perfection she was created to enjoy, with the struggle to take God’s place and to be okay with it.

You know by now that the book I am referring to is the Bible.  The Bible has two basic parts.  One, the older part and two, the newer part.  The whole Bible tells The Story of Belonging.  First telling us that we are not perfect like Adam and Eve started out, and we’ve got a very real problem.  We can’t follow the rules because the rules are not written on our heart.  The Old Testament describes the real need for a sacrifice that will satisfy the demands of a perfect God who desperately wants a relationship with you and me.  It also points toward that specific sacrifice that provides the possibility of a perfect relationship, a connection back to God, the connection we were created for.  The Jewish Nation look for a messiah that the Bible describes.  The hope of the world.

The writer says that God cares deeply about the people He created.  He cares so much to have a real relationship and connection that He took a very huge risk…and He knew how much it would cost Him to have that relationship with you and me.  First He, the True Creator spoke and created a place for people who could choose connection with Him or go their own way.  Then He created a way to repair the damage at His own expense when those people, me and you, chose to do our own thing.  The writer says that God tells us the way that we can again belong in the connection we were created to enjoy.  A perfect connection with Him.  Filling forever the hole that makes us feel empty inside.  Ending the shame.

While we cannot be God, we can be in a close connected relationship with Him.  The writer says this is called being a child of God.  We were made in the image of God and have some of the characteristics of the True Creator.  When that close connection is repaired, we begin to feel the true belonging we were created to enjoy.

Some of my friends scoff at this story.  Others ignore the story thinking they have their own version that makes better sense.  What I ask you to do is consider very seriously, “What if it’s true?”

What if the relationships you long for can never work right without this missing part?  The repair of the connection you were created for might be exactly what your heart has been searching for.  How do you really deal with shame?

You could at this very moment be in another kind of battle.  Do you do your own thing, or consider seriously the possibility that God offers you something you desperately need, even if you didn’t realize it until right now.  What if it’s true?

Of course, you are free to make either decision.  Remember, God never wanted a puppet.  He longs to know the real you with the kind of connection that cannot be described with words.  True belonging.

If you have any questions about how it all works, please ask me.  I am here to help you grow into the person you were created to be and always longed to be.