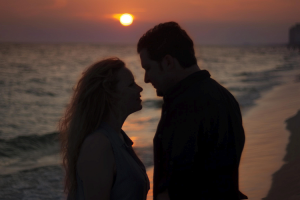 …for many and various reasons.

A brief study of relationship.

Did you know that one of the biggest contributors to the dating scams going on around us is the feeling that we are alone and abandoned?

Let me tell you a story about someone I met not so long ago.  Perhaps we can see one of the reasons that some of our friends make irrational decisions about new relationships.

Harry got married young.  He had a good idea of what he wanted and thought he found her in college.  They say that opposites attract.  Perhaps that is why Harry found Sally, someone who was organized and methodical to help him balance tendencies to be disorganized and distracted.  It almost worked.  The problem with marrying another person is, both people have baggage, issues and life experiences that contribute to the way we each make decisions.   How we feel is a reflection of what we believe about ourself, how we feel about our partner and how we feel about life experiences that happen to each of us.

There are reasons why Harry picked Sally.  He liked her beautiful long hair, her cute smile, her smart organization.  He thought he liked everything about her.  It was especially encouraging to do some projects together and discover that their strengths and weaknesses complemented the other.  Working together they got more done than either of them could do alone.  But there was a problem.

Trust and Forgiveness in Relationship

Every relationship is built on trust.  It is also built on forgiveness.  Since we see that Harry and Sally tend to be opposites, the need for forgiveness is even more important.  When Harry is disorganized, Sally needs to forgive him for being disorganized and offer her strength to build the organization tools needed to get more done together than they could either do alone.  But if Sally chooses to hold a grudge against Harry for being disorganized, she withholds her strength from him and gives him extra road blocks and obstacles to deal with as he attempts to be enough; to keep her satisfied and happy.  When Sally chooses to find things to discount about Harry, she chooses to be displeased and brings dis-ease into the relationship.

Asking Harry to be more organized is not unreasonable, but if Sally is expecting Harry to be as organized as she is, Sally is making a mistake.  It is Sally’s strength to organize and help them work on projects that will benefit both of them and build their future together.

Harry is an idea person.  He likes to think big, he imagines the big picture and what things will look like in the future when those things have been created.  Sally is far more concrete.  She doesn’t appreciate Harry’s “blue sky” thinking.  Sally is annoyed that Harry can’t be more down to earth.  Sally calls herself a “realist”.  Instead of working with Harry to create that brighter future together, Sally spends her time collecting complaints about Harry and pointing out how Harry is failing to measure up to her expectations.

But Harry will never match Sally’s expectations.  Sally has spent her life imagining a future that is very concrete.  She dreams of her white picket fence with happy contented children.  Sally expects Harry to spend his life making her happy.  Unfortunately, Sally thinks of happiness in her own terms.  Any time Harry asks Sally to do something, there is a big fight.  The connection that Harry has dreamed of his whole life seems like a joke.  Sally certainly doesn’t bring her gifts to the relationship.  Harry feels like he is carrying everything on his own.

Of course, Sally doesn’t see things the same way that Harry sees them.  Sally has lots of reasons to hold a grudge against Harry.  Every relationship will have things that each partner needs to forgive.  Sally sees Harry as someone who has a great deal of potential, but she’s not happy.  Since being happy is the only thing that Sally thinks about…at least as far as the relationship goes…she will never actually be happy.  Why?  Remember those grudges Sally keeps harboring against Harry?  Sally builds a case in her mind against Harry that Harry can never be good enough to overcome.

After years of putting up with each other Sally finally organizes her affairs sufficiently to be on her own and to leave Harry.  She doesn’t understand forgiveness.  She doesn’t like being married to Harry.  She justifies going her own way and sends Harry packing.  Really, Sally doesn’t like herself very much, but since she spent most of her life blaming Harry for her problems, Sally doesn’t deal with the issues and problems that hold her back.  Harry has to go.  Happiness must be Harry-free. Right?

Harry spent a long time trying to make Sally happy.  The focus on Sally’s demands over a very long time left Harry feeling very empty.  Harry is disconnected from everything that he used to love.  Harry doesn’t have many friends to count on.  He really does feel alone.  His plans always included working with Sally to build that future of both their dreams.

Now divorced and feeling very alone, Harry begins to realize how disconnected he really is.  No longer distracted by Sally and her needs leaves Harry plenty of time to discover the empty feelings that were hidden under all the busyness of trying to keep his marriage alive.

Everyone has a very deep need to be connected.  A strong innate desire to be loved, acknowledged and appreciated.  This very real need begins to be very significant in Harry’s life as he realizes that he really misses having someone close who appreciates what he has to offer.  Sally never really gave Harry this kind of attention or appreciation.  Sally was trying to be on her own for so long that Harry has been alone a very long time.

Harry seeks a companion.  He doesn’t prefer the idea of an overnight fling.  Harry looks for the deep lifetime connection he always wanted with Sally.  He starts looking around for someone who will appreciate him just the way he is, complement his weaknesses and build something really amazing together.  He wants the support and encouragement he always longed for.  Is it possible for Harry to start over with the kind of support from a new relationship that he never had before?

Harry hopes so.  He looks into a few dating websites.  He replies to inquiries from people on Facebook.

Harry discovers that not everyone who offers to have a relationship with him is really offering what he seeks.  He makes a connection with someone who sends him a few very attractive photos.  They tell Harry what he wants to hear.  Harry is so special….

…Harry feels connected for the first time in many years.

Harry makes decisions that might look crazy to someone else.  He really wants to be loved.  To feel special.  To be honored and cared for.

Some people will do nearly anything to feel special.